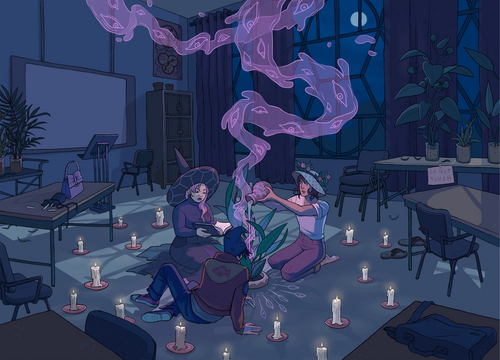 Hello Everyone! Wyrdwood Wand v6.0 is now live and available for download.

Version 6.0 brings us to 229 pages, a more than 50% increase from the previous version's 146 pages! Accordingly, version six comes with lot of new content that I am hoping you will enjoy. Below is a summary of the additions you can expect to find;

I’d like to give a huge thanks to everyone that has participated in play testing and sent in feedback! I’d also like to give huge thanks to Break, Cable, Castella, DataNinja, Dhrall, Sketchy-Link-Spambot for their absolutely essential aid in hunting down typos, giving feedback, and generally being amazing pals! I am really good at creating said typos though, so please forgive me if some yet roam the wilderness of my pdf. You can probably expect a 6.1 update within a couple of weeks that focuses primarily on mistakes and typos.

Please join us in the Wyrdwood Wand Discord if you have any questions, comments, or requests for new art!