Wyrdwood Wand is a fantasy tabletop RPG! Players take on the role of young Wizards as they attend the Wyrdwood Academy to truly begin their education. Wyrdwood Wand enables exploration, intrigue, and tactical team combat, all set in a modern fantasy world. Please join our Discord for announcements, updates, and discussion!

The World of Gliss

Gliss is a world not too unlike our own - there are cities, coffee shops, old book stores, parking lots, and televisions (but only the big boxy CRTs). But it's also a world deeply changed by magic; rivers rush through the sky for miles, forests grow to the size of sky scrapers, and storms of magic bring chaos. Monsters roam through dark forests and alleyways alike, and spirits are never ever far from view.  And while humanity picks up the pieces after a hostile alien invasion, forgotten terrors stir as ancient seals wane.

What sort of game is this?

Our goal is to create a system that enhances tactical combat, allows for meaningful customization, and shows off interesting synergies, experimentation and creativity with magic. Mechanically, it strives to deliver the deep and satisfying tactical team game play of games like Lancer or 4e.

In terms of themes, vibe, and inspirations, Wyrdwood Wand is a modern fantasy game with sci-fi elements and a broad variety of influences. Fans of fantasy, green post-apocalyptic settings, and eldritch horrors may enjoy this setting!

Here is a list of thoughts. If you've ever had any of them, possibly it was the metacreative echo of one of your very own dreams that inspired Wyrdwood Wand.

Anyone that purchases the game now will continue to receive all future updates, including after possible price increases.

All character and scene art by Erin Kubo! You can see more of her art here!

In order to download this game you must purchase it at or above the minimum price of $20 USD. You will get access to the following files:

I never knew I wanted something so badly until today. 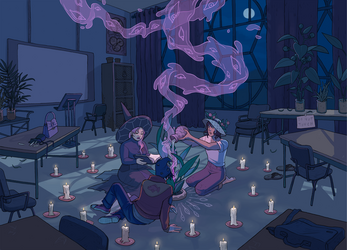 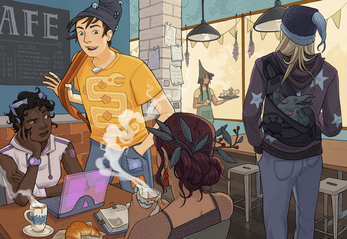 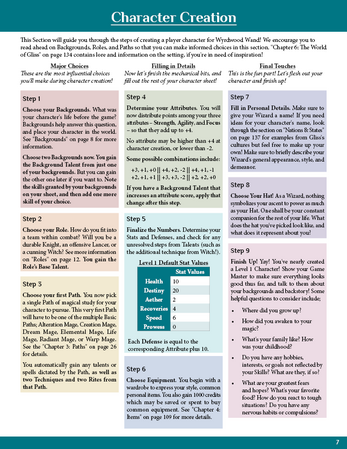